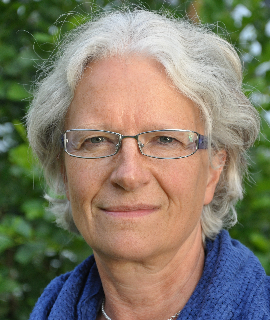 Discrepancies between soldiers´ physical exposure in different Military occupational specialties (MOS) and the soldiers´ physical capacity could end up in musculoskeletal overuse injuries or disorders (i.e., MSD). This can, in worst cases, affect both the soldiers’ as well as the units´ optimal combat capability. To achieve optimal health and performance, individually adjusted interventions are under implementation for all soldiers in the Swedish Armed Forces (SAF). The intervention starts with an investigation of the soldiers´ health and physical capacity related to the exposures in the soldiers´ MOS, a so-called gap analysis. At present, however, knowledge is limited concerning the exact types, intensity and he cumulative time of external loads for specific MOS. This type of external exposure needs to be identified, analysed and quantified for an optimal function of the selection and follow-up system. This is crucial since differences exists between, as well as, within each MOS regarding type and amount of physical exposure related to the environment and the context the soldiers are working.

The Swedish version of a Human Performance Program (HPP) is called “Optimize the training” (OpT). It is a proactive program including a human performance assessment toolkit aiming to optimize physical conditioning, training, and preparation of soldiers’ combat performances capacity. The program also focuses on sustaining elevated physical function and, preventing incidence of musculoskeletal complaints or injuries and when needed, speed recovery (rehabilitation) of injured personnel. OpT includes a screening protocol comprising a questionnaire and physical tests for identifying MSD as well as physical functional limitations. Interventions such as treatment, early rehabilitation and individually adjusted physical training are also included. The intervention also stressed enhanced teamwork between officers and the physiotherapist as well as an organization-based education in ergonomics and exercise physiology.

The implementing OpT has shown to significantly decrease discharges rate among conscripts, and the participation and functioning were stimulated when implementing the system during conscripts training. The knowledge gained and experiences of using this systematic method to survey and intervene the consequences of MSD has led to the decision to implement the method also for soldiers in the Swedish Armed Forces before, during and after international operations. This presentation aims to introduce the method and to describe the influence of this comprehensive intervention programme in a military context. The promotion, prevention, rehabilitation, and treatment strategies will be presented.

Dr Helena Larsson, PhD, RPT, Karolinska Institutet, is responsible for research in the Swedish Armed Forces concerning musculoskeletal health in different categories of military personnel such as recruits and deployed soldiers. The research also concerns Air Force Pilots´ health and functioning in relation to musculoskeletal disorders as well as research on the Swedish Armed Forces selection system. She has also implemented a new system aiming at systematically monitor the soldiers´ health before, during and after military missions. The research is conducted in clinical and occupational settings and includes different kinds of interventions.